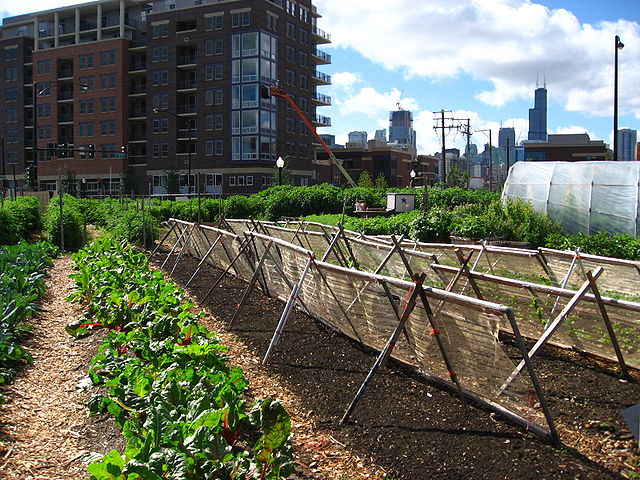 The long-standing and tested saying goes as ‘A bend in the storm can help, standing rigid can make the tree collapse’. Devising policies is not an easy task, many a time, in the wake of unforeseen changes in prevailing circumstances, managements do re-think their policies; also make amendments so as not to fall prey to unfavorable conditions. It becomes far more crucial to bend than to fail when your policy is to have a bearing on a vast section of the community, socially as well as economically. The BJP, ruling party in the Lok Sabha, may be heading in the most productive direction that is sure to fetch viable outcomes in terms of foreign investment, employment prospects for Indians and the restoration of Indian manufacturing sector, but if it is clearly visible that one of your endeavors is not able to gather the requisite backing of Indian peasants, shouldn’t the scheme be re-considered; a judicious option is to either get the sanctioning of hostile cluster by infusing confidence in them or to drop the policy for the time-being.

Indian farmers have always remained dejected, overlooked, vulnerable and untouchable for most of the past governments. Private moneylenders, banks, government strategies and the discourteous weather conditions collectively have hit the peasants from every possible corner, and the group, which plays the most key role in our social and financial growth, is left with just diverse options to end life voluntarily. More than 16,000 farmers opt for suicide every year; the figure was 18,241 in 2004 and between 1995 and 2013, almost 3 lakh farmer suicides have been reported. These figures are mentioned in many reports and writings, mutilation of crops due to recent unseasonal rain and hailstorms is also a known fact and the forecast of a bad monsoon in the upcoming days isn’t hidden. The bottom line is that our peasants are in the grip of unendurable conditions, and this may not be the most appropriate time for the BJP to come up with variations that could deprive farmers of their exclusive right to approve/ reject any proposed acquisition bids.

Dear PM, the suggested amendments to the UPA’s The Right to Fair Compensation and Transparency in Land Acquisition, Rehabilitation and Resettlement Act, 2013, which say that the consent of 70 per cent farmers in case of five categories shall be taken off, are in true terms a well-planned measure to kick-start essential reforms in the country and may be termed a long-term win-win situation for the Indian society as whole, but what happened to the CPM led government in the West Bengal post the offense of farmers in Singur and Nandigram are the incidents that cannot be under-valued. While traditional vote-bank of the BJP embraces the middle class and industrialists, in the 2014 polls, the wave of Narendra Modi was equally buoyed by small and marginal peasants, along with the sharecroppers. The lower class, especially from the rural parts, is yet to overcome the episodes of cheap acquisition of farmland backed by political corruption and selling of the same to industries at sky-high rates; they are also yet to overcome the fear of development-induced dislodgment of the impoverished and subsequent injuries.

Politics in India is not the numbers that you present, i.e. the GDP growth rate, interest rates or the fiscal deficit; it is how you are interpreted by the stakeholders, and this is where Indira Gandhi failed owing to the forced mass-sterilization led by her son, Sanjay Gandhi during the emergency, and also the Rajiv Gandhi-led government collapsed on the allegations of Bofors scandal. And the same sentimental up and downs of the voters pave the way for smaller political groups that comprehend the pulse of the public, and the same in turn disturbs the efficiency and effectiveness of the political party ruling at the center. BJP may send party-workers and even its legislators to exchange thoughts directly with the likely-to-be-affected farmers; however, damage to the image of the PM as well the party is underway. The most apt code of conduct for the BJP is to diagnose and have compassion with the pain of farmers, and the same asks for identifying with basic concerns like lack of irrigation facilities and sheer dependence on borrowing from private lenders. Acquisition of land and resulting evolution of rural India can, indeed, follow the corrections to fundamental flaws, but cannot supersede them.

Pro-rich, Pro-industries, Pro-urban and such other tags, accorded to the Modi-led union government by the opposition and even many of the farmers’ associations, are though not be eliminated, but are to be complemented with labels, Pro-poor, Pro-rural and Pro-agriculture. If the administrators are looking for a country with smart cities, digitalized services, smart phone-equipped citizens and a flourishing industrial sector, alike perusal of the concerns of the rural India, home to farmers and employer to more than half of our workforce, is also obligatory. Acquiring land of peasants is more than a transaction and underlying is the uprooting of dwellers from their social tie-ups, controversies in the title of the land, discretion of government officials in determining market rates and most rough, the loss of livelihood. On the contrary are the projects that are awaiting land for their commencement and PM’s dreams for a developed nation, just for all; however the opposition would never consider these while defaming your authentic endeavors.

Elections in key states of Bihar, WB and Tamil Nadu are anytime to ring the bells, which mean that the BJP cannot afford anything like its present portrayal as anti-farmer and anti-poor. Modinomics, the buzz created by economic gurus and even by foreign media, calls for systematic and in-depth analysis of the issues related to Indian agriculture and acquisition of land. It is quite very obvious that lakhs of crores of subsidy flowing to the rural India in the name of fertilizers, food security, and also as compensation for loss of produce and the minimum support price haven’t resulted in any betterment of farmers. The past governments were severely weak in terms of analyzing the rural economy and improving the share of agriculture in GDP. While average holding of farmers has dipped consistently and plentiful land has been acquired in the past at exorbitant rates, neither rural nor the industrial sector has delivered optimistic outcomes.

And for the corporates and governments, the alarm wasn’t felt the way it actually upset the lives of rural inhabitants. The present government is expected to pay heed to the problems of farmers; the way things are turning out with respect to the land acquisition law, I fear that the prediction of above-7 per cent GDP growth or the positive revision in India’s outlook by Moody’s may not be able to add to the number of BJP MPs in the Rajya Sabha, a requisite for the Modi-government to revive Indian economy by way of passing key legislations well within time. UP, Bihar, Rajasthan, Punjab, Maharashtra and Madhya Pradesh, states that backed the NDA colossally in the 2014 general elections, are the ones with substantial farmer population; any mutilation to the coalition’s image in this regard would let opposition parties revive themselves. PM Modi and his astute ministers are to re-assess their stand in light of latest advancements, and if this asks for holding the planned changes to the land bill for the time-being, the party must bend itself, rather than be uprooted.

I cannot conclude without analyzing the impact, actual and not alleged impact, of the land bill proposed by the government on the lives of rural inhabitants. Believe me, the entire opposition is adamant not to let the bill get the nod of the RS only and only for a simple reason that this is their golden moment to provide some oxygen to their fading parties. Buzz is being created that land owners would lose the opportunity to move the court and no complaint could be registered against the official, which are a fabrication of real intentions of the bill. Also, rural inhabitants are to realize that with more than 65 per cent Indians dependent on farming, agriculture is still a liability on Indian economy and it’s high time that alternative livelihood for rural residents is brought to reality, and this isn’t conceivable without electrification, industrial corridors and affordable housing. For the same, the government needs land, and justifiable compensation in return is a win-win condition for land owners. Making farming sustainable and providing alternative occupation to farmers will go hand in hand; hence farmers are to re-think their stand.

The government seeks farmers’ share in upright and effective governance and in revival of the Indian economy that is to benefit all Indians, farmers and opposition are to know their sense of duty, sooner than later.