Issues of societal importance are discussed, debated and thrashed out in the Parliament by the people’s representatives and in the public fora and the media by the people themselves. 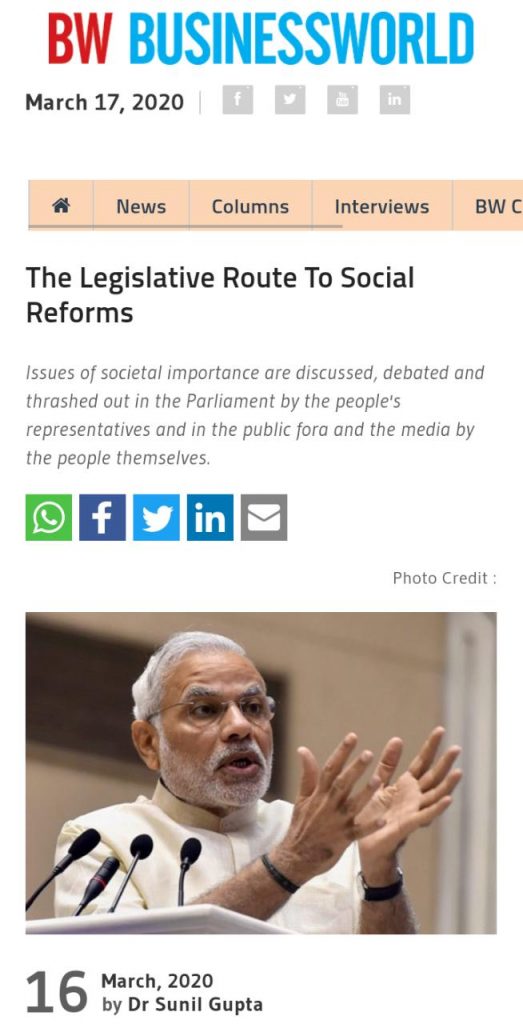 The appeal of the axiom “All is fair in love and war”, is unassailable and its reach universal. Love and war are all about honour, pride, liberty, freedom and the indomitable human spirit, cherished all across the globe – values that enjoin victory at any cost, without prejudice to ethics and morality in life.

Peacetime is, however, a different proposition  altogether when civility is the behavioural norm and enlisting any and every means, including the dubious or questionable ones, to secure the ends is simply not admissible. In a mature democracy like ours, there is no room for pitched battles and street fights. Issues of societal importance are discussed, debated and thrashed out in the Parliament by the people’s representatives and in the public fora and the media by the people themselves.

The role of Social Media in the resolution of issues that agitate the minds of the multitudes of faceless members of the society is immeasurable. This is especially so when the glorious days of  the Mainstream Media (MSM) have long been over; rot has set in, turning much of the MSM  into mere propaganda machines at the hands of powerful global pressure groups.

The local press barons and the media moguls succumb to the overtures of the unscrupulous international pressure groups, and they are sold out to promote fake ideological, theocratic and anti-national influences and causes. Resultantly, MSM has lost its credibility and the claim to be the mouthpiece of the masses that form the fulcrum of the society.

This has led to the emergence of Social Media as the unrivalled platform of public opinion that connects the system and the society. With the winnability of the Social Media over MSM in its claim to represent the voice of the people firmly established, Social Media is the last bastion of the right-thinking and nation-loving intelligentsia and the common man alike. It is not, however, free from squabbles and fracas, which have become commonplace occurrences of late in the exercise of venting one’s views and angst.

Mudslinging and character assassination are resorted to by anti-social and uncouth elements with the aim of intimidating the vast majority of the bonafide users of Social Media. With the easy reach and connect that the last man down the line enjoys with the top brass of the system and the senior leadership of the country, it is only a question of time before street-corner political meetings, and public demonstrations and protest marches become things of the past.

As of now, however, the ground reality is very different. The political Opposition to the Modi-led NDA government, which has been embarking on the legislation process of implementation of its electoral promises in keeping with BJP’s policies and programs, has bared its claws post the CAA-legislation. By instigating the break-India forces and flagrantly supporting them to hold protest meetings, demonstrations and marches, the Opposition has demonstrated yet again its nefarious designs and pseudo-secular approach to vote bank politics.

Inflammatory speeches provoking communal strife and exhorting anti-national elements and the gullible public to thwart the rule of law were made, heightening tension and fear among the uninformed and ill-informed members of the public. The ploys of the mercenary elements financed and supported by the spent political forces with active abetment by anti-India forces from across the border culminated in communal clashes in the capital.

Pre-planned and meticulously choreographed attacks on the unwary public and the police with stone pelting, petrol bombs and shooting with firearms were carried out. The clashes claimed scores of precious lives, including that of a policeman and an intelligence officer, burning down of houses, shops and private vehicles, and dislocation of orderly life. Surviving family members of those who were killed, those who were hurt and injured and the onlookers were traumatised.

At least four cold-blooded murders have been recorded by the police. Elsewhere in the national capital, dharnas in protest to the enactment of CAA and the proposed NPR as well as the NRC, which is still in the embryonic stage, have been held, partially paralyzing public life and the smooth flow of traffic. The restrained behaviour of the police, especially during the visit of the US President, was grossly mistaken either as a lack of principled stand on the part of the government or a purported breakdown of the law enforcement machinery.

To attribute evil motives to the intentions and actions of a duly-elected government is to cast aspersions on its integrity. To do so is to violate the democratic spirit of governance. The success of democracy presupposes the triumph of the people’s will in all situations and circumstances. When an issue is raised in the temple of democracy, namely the Parliament, and discussed and debated by the people’s representatives from the treasury benches and the opposition ranks, it is indicative of the due process being diligently practised.

A bill duly passed by the Parliament becomes a law with the consent of the President and enjoys the distinction of marking the triumph of the people’s will. To trash a law or to rip it into pieces on the roads by a bunch of unsatisfied people spells trouble for the system. This is inadmissible, to say the least. Prior to the polls, all political parties bring out election manifestos with much fanfare.

It is these manifestos, prepared on the basis of the policies and principles of the parties, which give the voters an insight into the course of action on which the parties are expected to embark, if elected to power. In a meaningful democracy, the electorate is expected to make themselves familiar with the bonafides of the candidates contesting polls and their party’s election manifesto and judiciously exercise their franchise. Voting a party to power and expecting it not to toe its own promised course of action is both unethical and undemocratic.

The NDA government’s bold initiatives to usher in social reforms, especially in issues affecting hapless sections of the Islamic community, have been falsely attributed to malafide intentions and an imaginary Islamophobia on the part of the government. So is the case with measures already taken and are proposed to be taken to accord refuge and nationality to the religiously-persecuted members of the minority communities in the neighbouring Islamic countries and check illegal immigration into the country.

The proposed introduction of the Uniform Civil Code will be a watershed in the Union government’s attempts to redress the grievances of the Hindu community and bring parity and justice among all religious communities. This is the kind of stuff that the nightmares of jihadists and other anti-Hindu communal elements, pseudo-secular and break-India forces are made.

The Central government cannot stop short of pursuing its social reform measures through the only option available to it, namely the legislative route, in the face of opposition from the anti-national elements. Service to the nation and its citizens demands an undeterred pursuit of its goals by the ruling party and its government.

98 thoughts on “The Legislative Route To Social Reforms”